Inaugurated in June 2021, Dapilon-Santou Railway was constructed by SMB-Winning Consortium led by Winning International Group by investing 700 millions USD since March 2019. This railway is the first modern railway to be built in nearly half a century in Guinea. The dedicated railroad for exclusive use between the Port of Dapilon and the Santou mining zone is located in the Boké and Kindia regions in northwestern Guinea. Totaling 125 km, the railroad project comprises of 21 bridges, two tunnels and six stations.

The Dapilon-Santou Railway is a support project developed by the SMB Winning Consortium for the extraction and transportation at the Santou mining zone, as well as a cornerstone infrastructure facility to serve the bauxite enterprises along the route such as CHINCO and CHALCO.

After the completion of the construction of the project: 1. Bauxite produced by the enterprises may be transported to the docks more quickly and in high concentration via railroad, then transferred via barges to carriers for shipment across oceans, thereby guaranteeing the smooth transportation of corporate cargoes and increase in transportation efficiency. The project benefits expansion of the mining zone, while at the same time reducing corporate transportation cost, raising corporate economic benefits and thus strengthening enterprises’ core competitiveness in Guinea. 2. Guinean bauxite product export will become more competitive, and the secured transportation will facilitate an endless supply of Guinean bauxite to China to satisfy Chinese alumina production needs, which would further promote international trade between China and Guinea. 3. Cargo transportation at Port of Dapilon will be bolstered with a high-capacity and convenient railway channel, which in turn could improve the railroad-maritime intermodal logistics system and fuel comprehensive transportation system development. 4. Area of land occupied will be reduced, better energy conservation will be achieved, and pollutant emission will also be reduced compared to other transportation methods, all of which have far-reaching and strategic consequences for the Guinean ecology and environment. 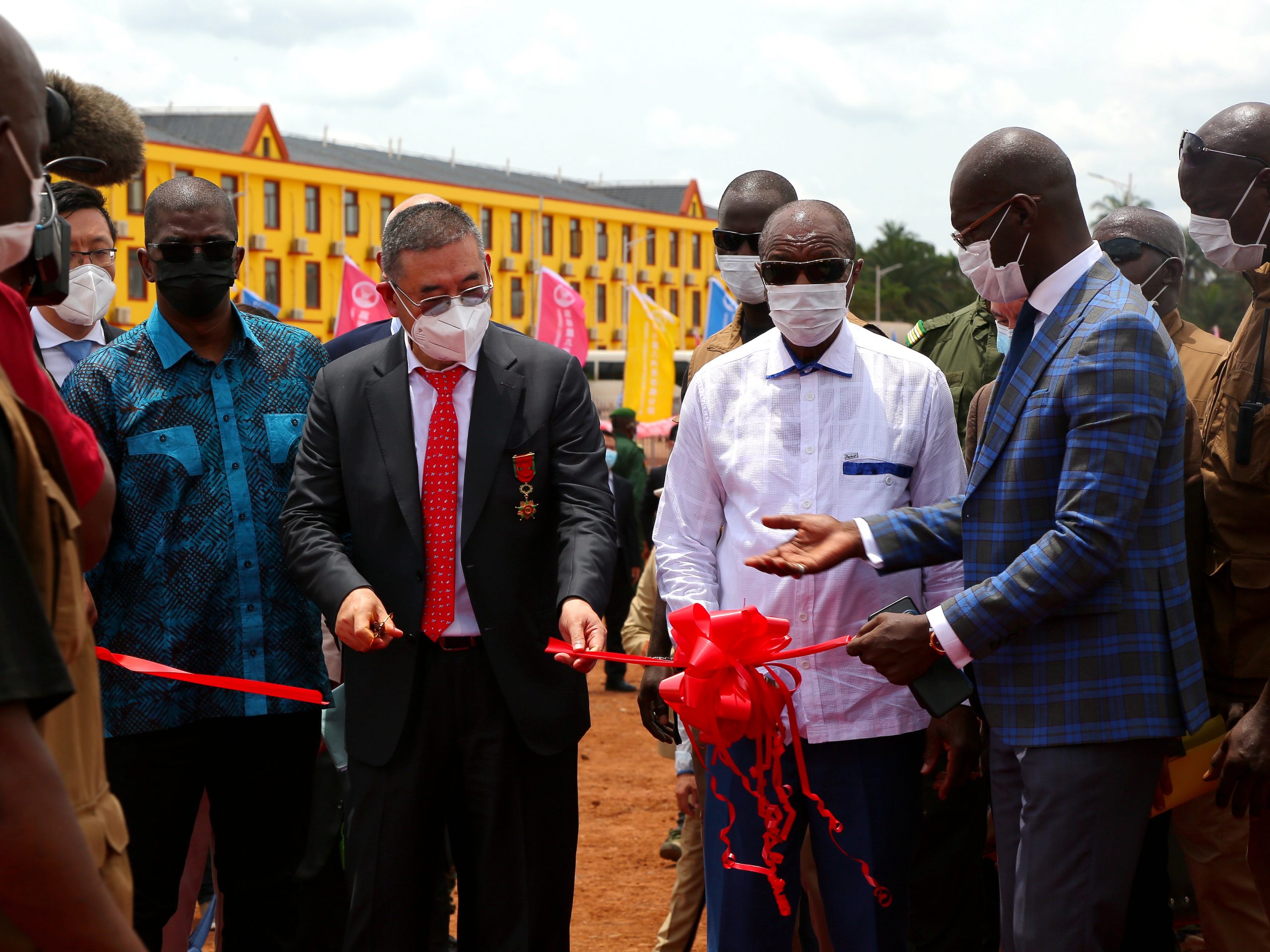 The SMB Winning Consortium Guinea (Dapilon-Santou Railway) Company is fully in charge of commencement of the early phase of the Dapilon-Santou Railway project, as well as a series of relevant works such as management design, consultation, construction, monitoring, operation and environment impact assessment.

Since inception in October 2018, the organizational structure has been finished, and at present the company is equipped with general manger, vice general manager and chief engineer, in addition to about a dozen professional and technical management personnel in charge of areas such as track, terminal, subgrade, bridge and tunnel, survey, experiment, material procurement management, planning and engineering economics, communication, signal, power and electrification, and engineering and construction. At present, efforts are focused on advancing works related to or in support of the railroad construction including request for tender, railroad site prospecting, survey, material and equipment procurement, development of access channels, laying of track subgrade, production of bridge girders and establishment of on-site facilities, among other tasks. 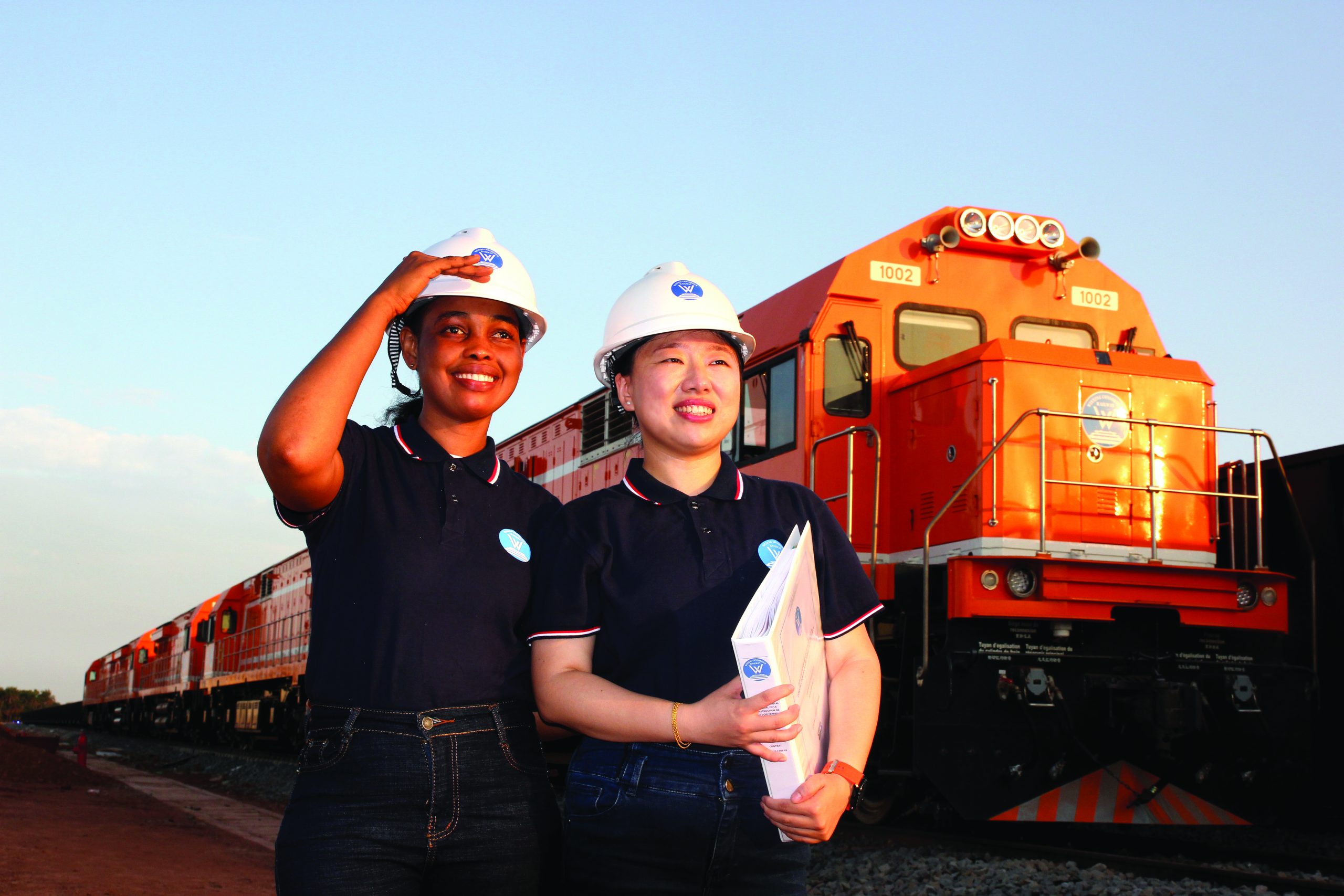 Under the leadership of the SMB-Winning Consortium and the Winning International Group, under the motivation to establish the “Human community of common destiny”, and under the goal of positioning the Guinean railway as an important link and key landmark in future international economic and trade system, the entire staff of the company strive to design and construct the Dapilon-Santou Railway in earnest and in accordance with the principles of safety, quality, efficiency and low cost, so as to enable the railroad to become a hallmark project that will inspire the commencement of other railroad endeavors in Africa, and a propitious start to the “great railroad” development strategy. Amid the Winning International Group’s third start-up attempt, may everyone maximize their professional know-how, work with pragmatism and contribute to the company on the path toward greatness and success.