homeAll NewsOfficial Announcement: Large Quantities of Iron Construction Materials for SMB-Winning Consortium are on their way to Guinea!

Official Announcement: Large Quantities of Iron Construction Materials for SMB-Winning Consortium are on their way to Guinea!

On 29th March this year, Guinea welcomed the construction of their first modern railway in nearly half a century – the commencement of the construction of SMB-Winning Consortium’s Dapilon-Santou Railway. His Excellency, Alpha Conde, President of the Republic of Guinea, was personally in attendance at the ceremony and initiated the Dapilon-Santou Railway Project. Tens of thousands of residents from the Guinean community were on-site to witness the ceremony. Mr. Sun Xiushun, Chief Commander of the SMB-Winning Consortium, Honorary Consul of Guinea in Singapore and President of Winning International Group, addressed the audience during the groundbreaking ceremony. 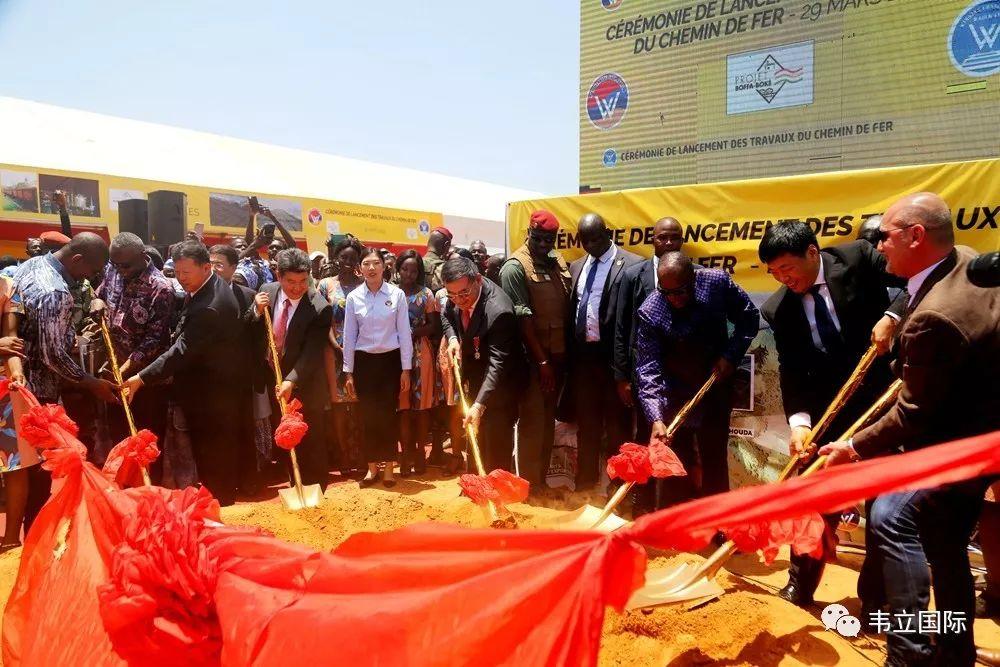 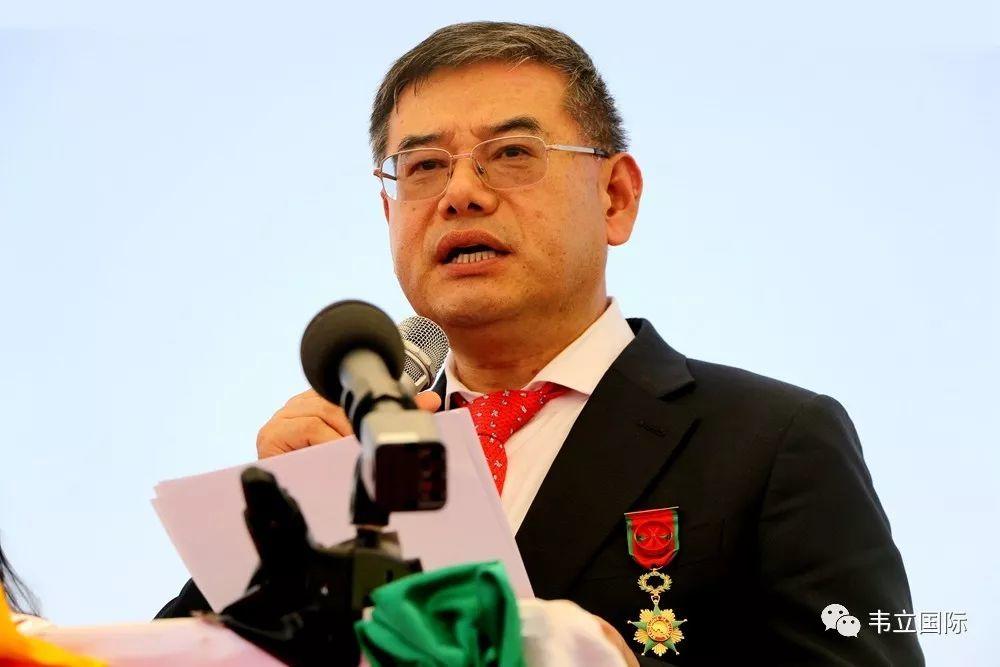 Nearly half a year later, SMB-Winning Consortium honours her commitment,

Now, the railway construction has entered an important node according to plan,

Large quantities of construction materials are being shipped continuously to Guinea. 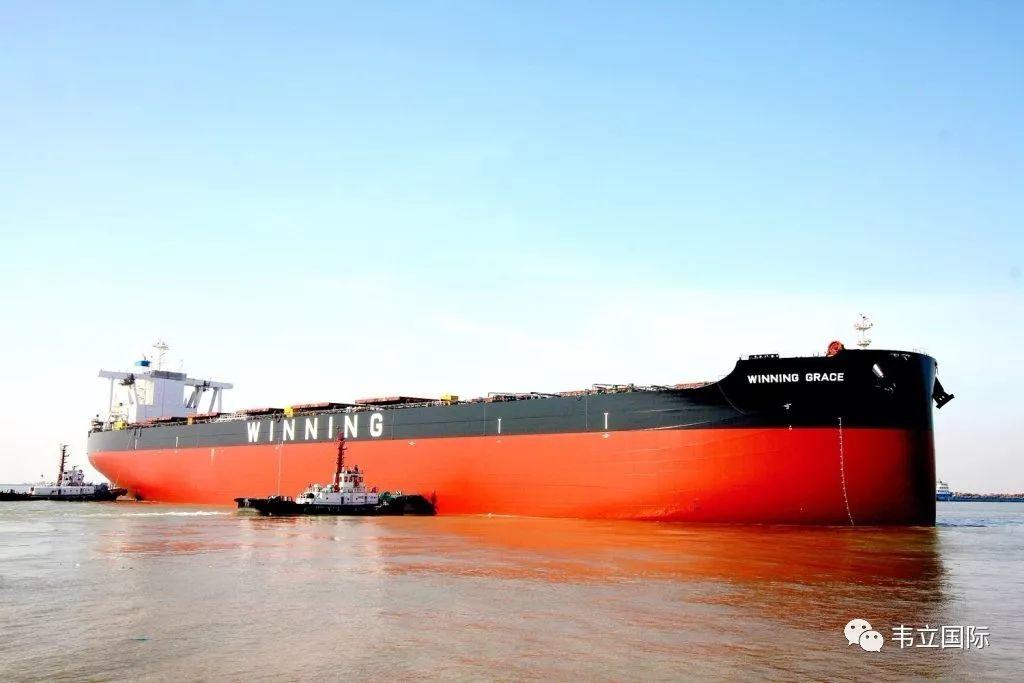 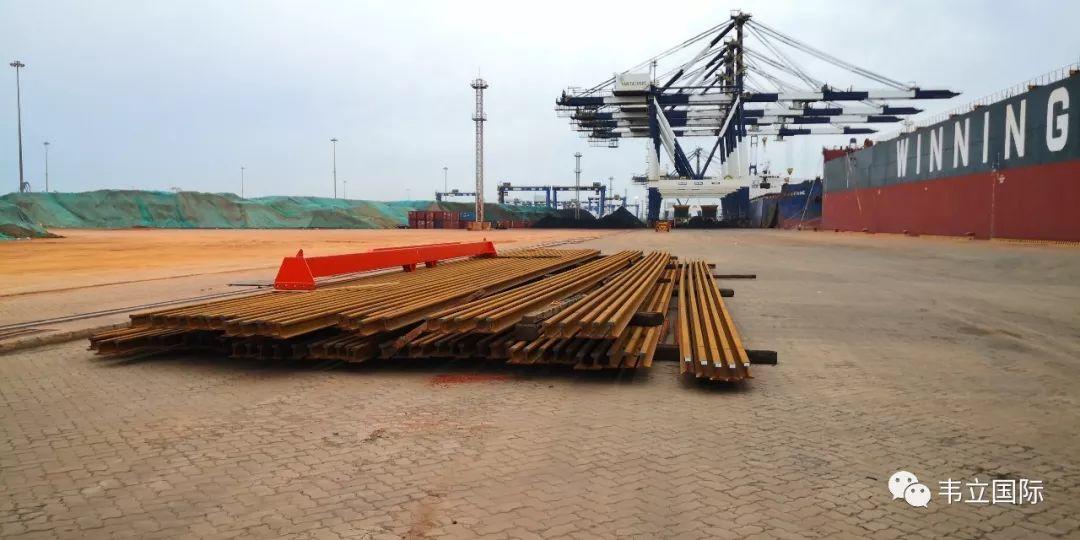 Successfully completes the loading of the first batch of construction materials for Dapilon-Santou Railway at Yantai Port in China. 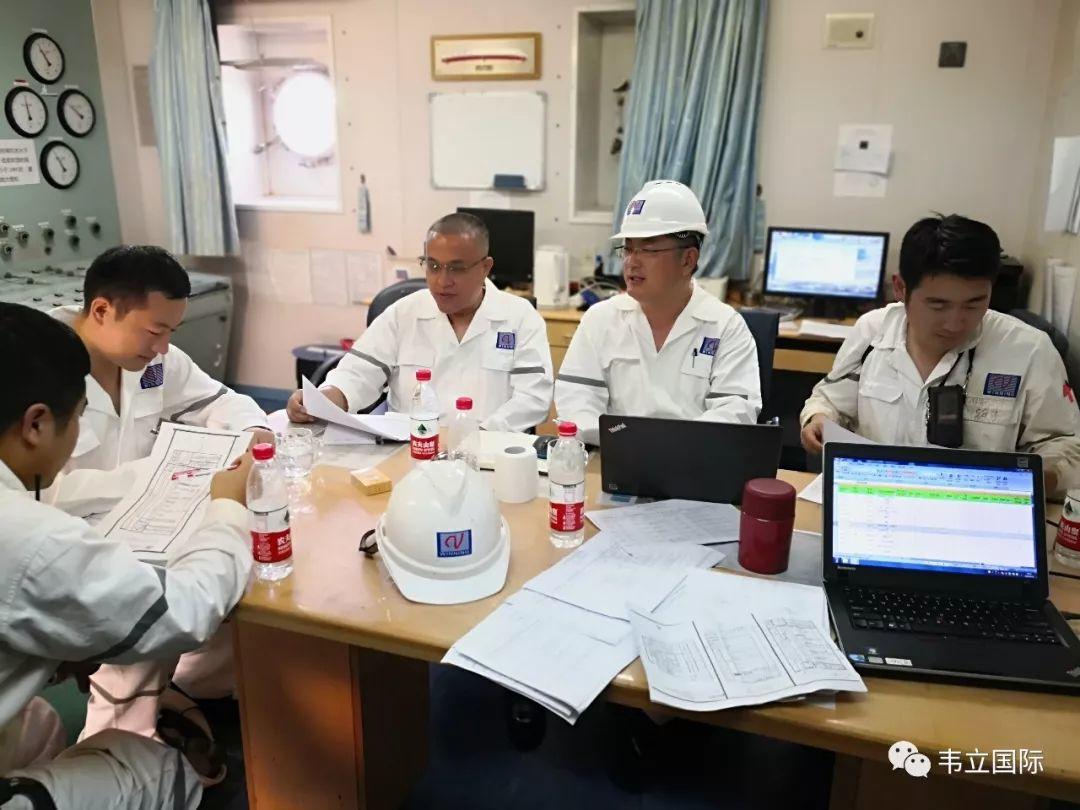 Before loading of supplies, the team at Winning Shipping formulated a reasonable plan for hoisting and stowage according to the hoisting technology of Yantai port and the special way in which they would come to anchorage in Guinea. 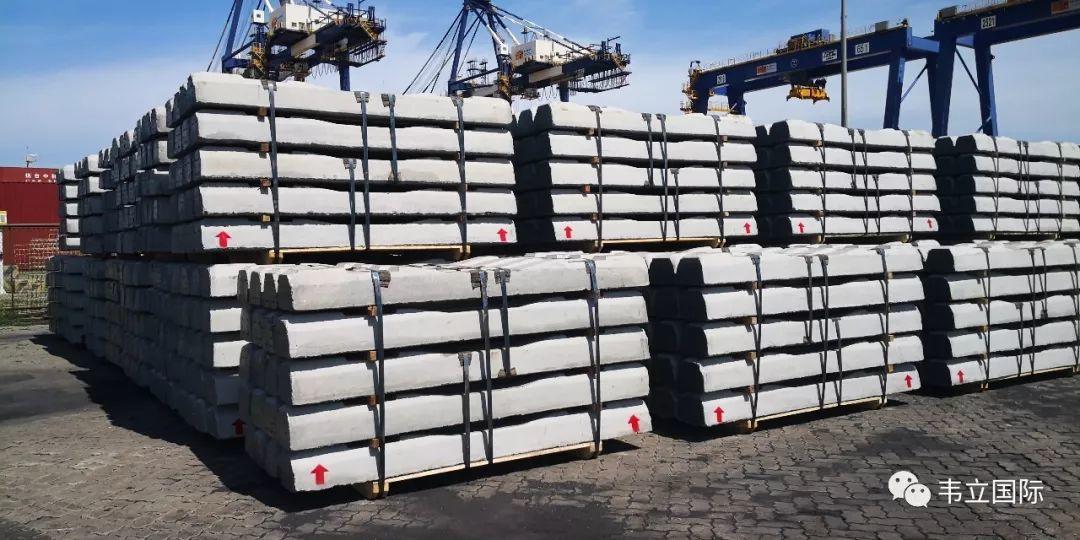 Under the professional guidance of the shipping team, the suppliers and terminal operators constantly improve the binding and reinforcement scheme to ensure that the materials are well-cared for during transportation. 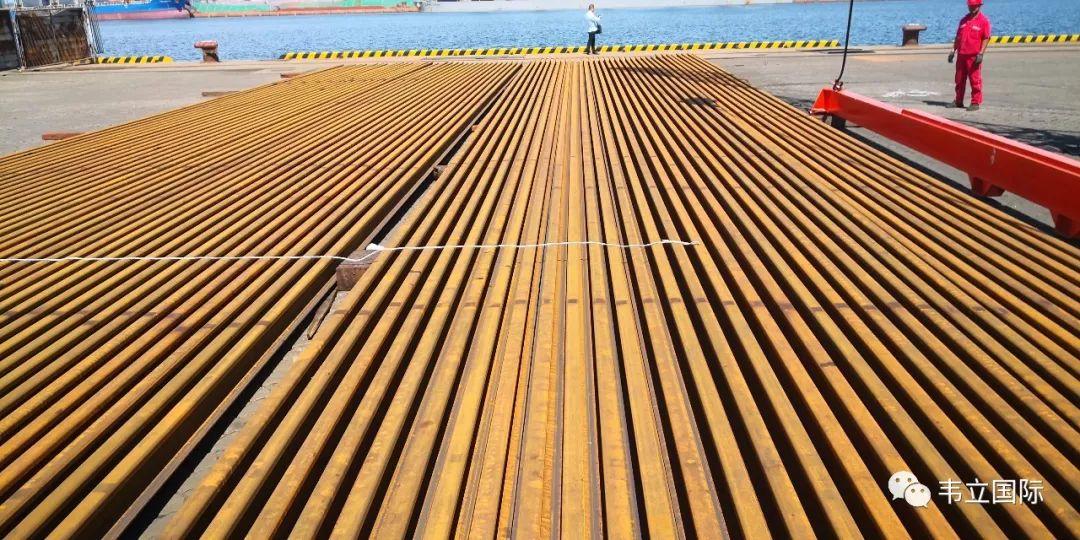 A total of 80 rails, 25m in length, are loaded,These rails are slightly shorter than the length of the hatch of a large ship. 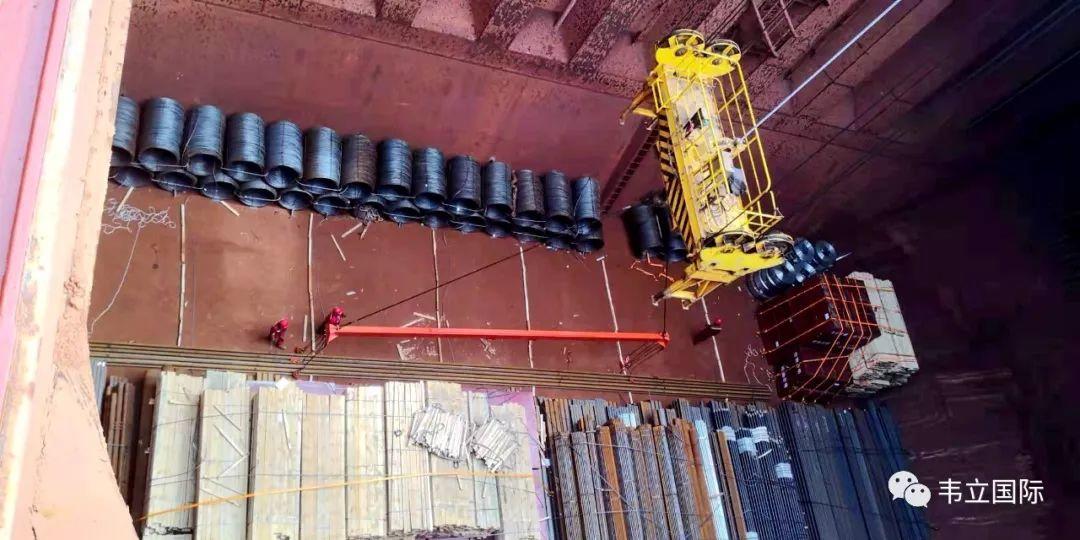 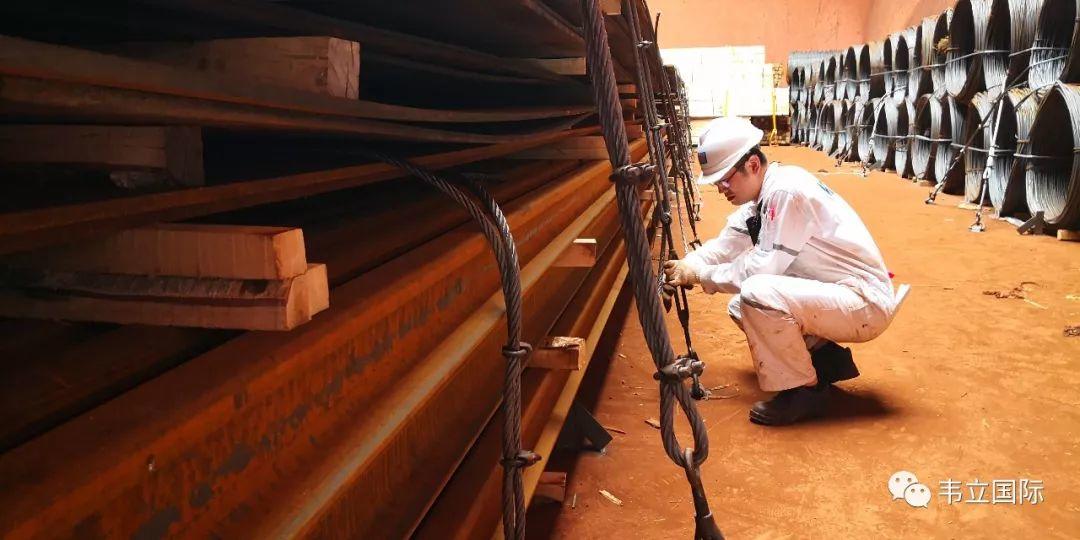 The rails successfully loads into the belly of the ship!

In the future, there will be tens of thousands of rails that will be shipped to Guinea on Winning’s large vessels! 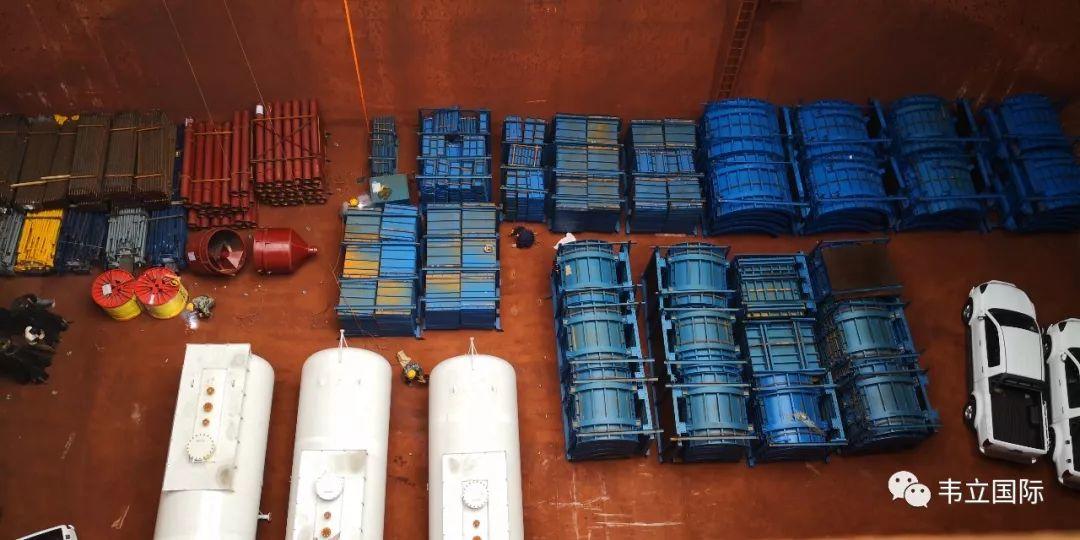 By shipping Guinean bauxite to China,

Guinea and other West African countries,

equipment and supplies to the African region.

Winning Grace departed at 11:00 on 21st September after the loading of the goodsHer beautiful silhouette The railway under construction connecting Guinea’s Port of Dapilon with the Santou mining zone is located within the Boke and Kindia regions in northwestern Guinea. Stretching for a total length of approximately 135km, the entirety of the railway will feature 23 bridges, two tunnels and six depots. The Dapilon-Santou Railway is crucial support for SMB-Winning Consortium’s mineral extraction and recovery operation in the Santou mining zone, as well as a vital infrastructure facility that will serve bauxite enterprises such as Chico along its route. During its early and near-future phases, the railway will be primarily tasked with the transportation of mineral rocks from the mining zone to the Consortium’s Boke Harbour No. 2 (Dapilon Harbour). Further down the road, there are hopes of opening its services to third-parties, and to integrate the railway into the Guinean national railway transport network to better serve the country’s socio-economic development.

The railway under construction is designed exclusively for the mining zones and will connect the Port of Dapilon with the Santou mining zone over approximately 135km.

Under the efforts of the SMB-Winning Consortium, Guinea has risen to become the largest bauxite export country in the world. The construction of this railway will further reinforce Guinea’s advantageous status in the global bauxite market. The SMB-Winning Consortium will also leverage on the railway to drive progress in its alumina factory and agricultural projects in order to create and industrial and agricultural economic corridor in the Boke region.
The Guinean SMB-Winning Consortium consists of three nations and four parties. Answering to the call of the creation of a “community of a common destiny”, the Consortium proactively participates in the Chinese “Belt and Road” Initiative and endeavors to position the Guinean railway as a key segment and crucial node in the future international economic and trade systems. She also strives to upload the principles of safety, high quality, high efficiency and low cost in the design of the Dapilon-Santou Railway so that this may become a landmark project that will stimulate the conception and advancements of other railways in West Africa.
SMB-Winning Consortium
The SMB-Winning Consortium is comprised of Singapore’s Winning International Group, China Hongqiao Group under Shandong Weiqiao Pioneering Group, Guinea’s UMS and China’s Yantai Port Group. In November 2015, the SMB-Winning Consortium successfully utilized maritime transshipment platform to load up Capesize bulk carriers, which significantly reduced logistics and shipping costs. The first vessel of Guinean bauxite was safely delivered to the Port of Yantai in China, signifying a historic and momentous breakthrough. The SMB-Winning Consortium partners with Chico and French mining corporation Alliance Minière Responsable (AMR) in its mining operation, and at present, the SMB-Winning Consortium has become the largest exporter of bauxite in Guinea.
The success of the project’s operation has stimulated an increase in the Guinean GDP, strengthened Guinea’s foreign exchange balance, created nearly 10,000 direct job openings and around 30,000 to 50,000 indirect employment opportunities in the country, and benefited more than 100,000 Guinean families. In order to better carry out its corporate social responsibility, the SMB-Winning Consortium has invested vast amount in communities in the mining zone, including the construction of rural roads, schools, vocational training centers, rural clinics and wells, so as to improve the well-being of local folks.